We’re told to hit the gym to strengthen our muscles and bones, so they can support our frame.  But, how does one expect us, girls, to break a sweat on the elliptical (or lift weights) if we have to worry about supporting the most important part of us from the moment we move? (Ahem, yes, I’m talking about our chest).  Wearing a supportive sports bra can be the difference between a great workout and no workout at all.  “It is the most important piece of apparel for the active woman — a good one enables women to play sports, and sports can give women confidence in life,” Janett Nichol, VP of apparel innovation at Nike said in a press release.  And since working out is often a pain (literally), we often pass on cardio because of the inconvenience.

Well, now there’s no longer an excuse to skimp on Zumba, because Nike just released a sports bra that allows us to feel and look amazing while doing anything we choose. Meet the Nike FE/NOM Flyknit Sports Bra — the most innovative sports bra on the market, holding shape while facilitating precise zones of greater or less support and breathability. “Nike Flyknit allows us to be incredibly precise in a single layer,” says Nichol. The technology enables designers to engineer every stitch for specific performance benefits.

The phrase Nike Flyknit sound familiar?  We’ll give you a hint where you’ve heard it… it’s on your feet.  Nike Knit, which debuted at the 2012 London games with the Nike Flyknit Racer,  is used in Nike footwear across sport, from the Nike Zoom to the Fearless Flyknit women’s training shoe.  Yup, that means this new bra is constructed of the same Flyknit material that keeps our feet comfortable, supported, and happy at the gym.  Pretty nifty, if you ask us—plus, the brand also released the accompanying campaign starring soccer player and Olympic gold medalist, Sydney Leroux —and we’re obsessed. If these images don’t inspire you that you need these sports bra, we don’t know what will. 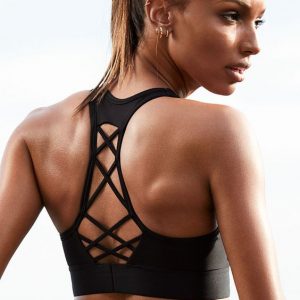 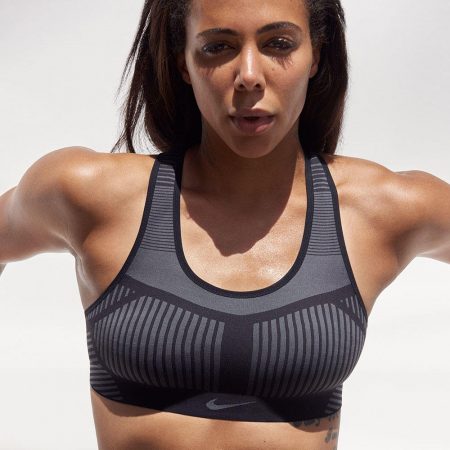 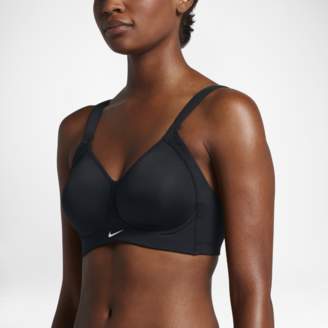 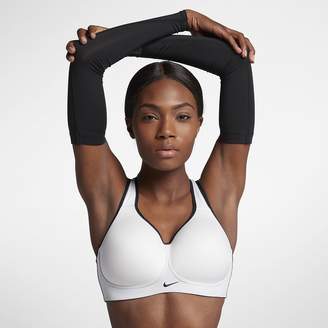 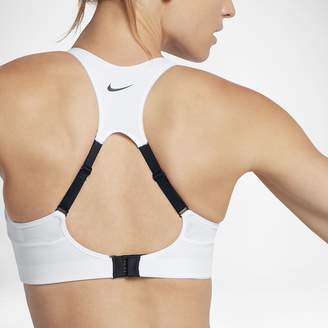 Looking for a new pair of kick? Always!  Instead of wearing the same sneaks as your girl squad, it’s always nice to have a unique piece. Shop our favorites right here.