What Are Sports Stadium Rules on Tote Bags? 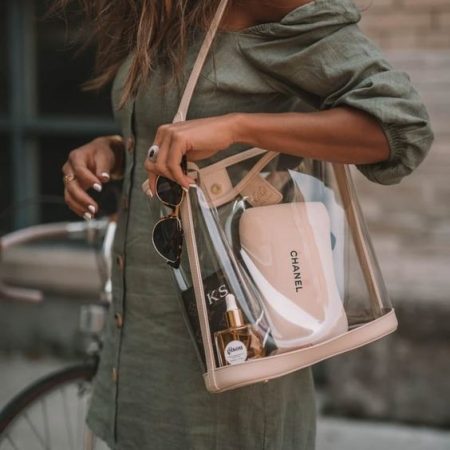 Just five short years ago in 2015, the NFL started a new policy regarding how sports fans should be bringing personal items into the stadiums. Not long after their announcement, other sports associations and stadiums across the country followed suit to implement near-identical policies. What is this policy, and is it something that’s going to affect you if you are someone who takes your own personal belongings into sporting events? The NFL dubbed their new policy on tote bags for people bringing their own items in the Clear Bag Policy, and it is something you should get familiar with if you are someone who has some belongings that need to accompany you to sports games.

The NFL doesn’t allow any sort of backpacks, large purses, or other large bags at any of their stadiums or sporting events. This is mostly for the safety of everybody in the stadium, and it also speeds up the process of letting people enter the stadium so they can get seated and enjoy the game. Of course, some people have certain things that they need to be with them, like medicines, inhalers, or other things of that nature. To be flexible on the zero bags rule and still feel safe about what people are bringing into the stadiums and sporting events, the NFL came up with the Clear Bag Policy to allow everyone to bring their essentials in, and other sporting organizations and stadiums quickly followed suit.

According to NFL’s official policy regarding personal belongings and bags, each member of your family or group (including the kids, too) can bring one bag made of clear plastic, PVC, or vinyl, with dimensions not exceeding 12”x 6”x12”. Conversely, fans could also bring in their essentials in a clear, one-gallon freezer bag, like the ones made by Ziploc.

To summarize the policy succinctly, every member of your party attending any NFL event (or event with similar rules) are allowed to bring in the things you have in your pockets, a small, clear bag, and a small clutch bag that shouldn’t be too much bigger than your hand.

Why the Sudden Ban on Purses, Backpacks, and Other Carrying Items?

The NFL mostly has the safety of its fans in mind with this policy, and while they (and other sports
organizations who have adopted similar policies) have gotten a fair amount of backlash from fans, they are
standing by the policy.

The idea behind the policy is to keep everyone safe since you never truly know what someone might bring into a stadium packed full of people. If carrying bags and clutches are clear, then staff members are able to see what everyone has with them, making sure no one is bringing anything illegal or dangerous into the stadium. The NFL also believes that being able to verify the contents of a bag quickly just by glancing will get people through security quicker, so that everyone can be in their stadium seats and enjoying the game quicker, instead of being stuck in line waiting to gain entry into the stadium.

The Prettiest Bras and Bralettes on The Internet Read Now arrow_right

What About People With Medical Equipment?

It’s just a fact of life that some people have medical problems, and some of them have to carry around special medical bags and equipment almost everywhere they go. If you are one of these people, don’t worry, the NFL
isn’t going to turn you away at the gate.

According to the policy, sports fans coming to an event at any stadium who have medical bags that don’t comply with the specifications put forth by the policy regarding clear bags are welcome to come into the
stadium at any gate. The medical bag will be permitted inside, but before you can enter, the bag will go through a search, as well as be tagged.

While people with newborns or smaller babies and toddlers may wish to bring their normal size diaper bag to the game, the policy is adamant that non-clear diaper bags are not allowed in the stadiums or events. Clear diaper bags are more than welcome, though they also have to meet the 12”x6”x12” specification outlined above.

Keeping it Safe and Fun for Everybody

While the NFL’s policy regarding clear bags might seem unfair to some people who wish to be able to bring more of their own personal items into the stadium, most folks should understand that these sports organizations are only enacting these policies for the safety of the fans, the athletes, the staff, and everybody else in the stadium.

Luckily, with how the policy is outlined, you will still be able to bring a fair amount of your items into the events, so long as the bags are clear and meet the necessary specifications.