The Money Habit Every Millennial Woman Needs to Start Now

Let’s first be clear: This is the best time in history to be a professional woman.

The number of women CEOs in the Fortune 500 is at an all-time high; gender equality is in the spotlight like never before, and the #MeToo movement has encouraged countless women to share their stories about being harassed at work. It’s been incredible. And it’s just the beginning.

Yet with all of the discussion we’re having on closing gender gaps, one area that has received little attention—and which can have a big impact on our lives—is the gender investing gap. What does this mean exactly? Maybe you’ve heard of the gender pay gap. Frustrating, right? And costly. But there are more gaps at play: Women pay more for the same things as men (hello, pink tax), and they don’t invest as much as men do.

So, yes, we’ve come to a long, long ways, but we still have a ways to go until we reach true gender equality, but as barriers are coming down—you have the opportunity to take control of your future. Because let’s be honest: It’s your life if you don’t plan for it. Who will?

This realization is what led former equity analyst and CFO of Citigroup turned founder and CEO, Sallie Krawcheck to create Ellevest, the digital investment platform built by, for, and with women. While Ellevest’s goal is to help individual women make smart investments, the company’s larger mission is to help close the investment gender gap, which can cost women thousands or even millions of dollars over the course of their lives.

You may not be able to close all the gender money gaps immediately, but you can take action right now and start investing, and you should. It’s life-changing. 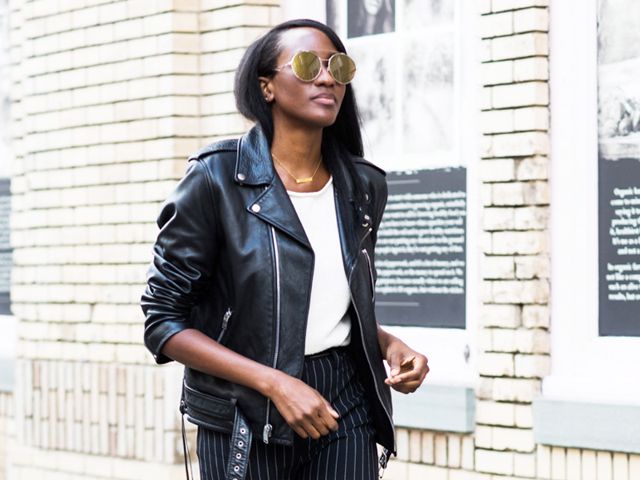 The #1 Confidence Booster for Women Is Money, According to Research Read Now arrow_right

No more excuses — keep reading for how to turn your savings into a small fortune.

Why is investing important?

Simply put, women don’t invest as much as men do. And they don’t invest as early as men do, either.  As a result, women retire with two-thirds the money of men. . . even though we live longer. Don’t believe me? Head down to your local nursing home: 80% of women die single, and according to a recent report, we’re also 80% more likely to be impoverished in retirement than men.

“Women tend to think of saving as the “safer” route, but it’s not that simple. If you have your money in the bank, you’re earning almost nothing, which means that on a day-to-day, day-to-week basis, you’re actually going backward, because the slight bit of inflation we have eats that away,” Krawcheck advises. This means that even with low inflation, the purchasing power of that cash will decline over time.

So, what’s the price of certainty? In a recently published the 2018 Money Census which asked 1,000 women about all things money. Nearly half of women weren’t even aware there was an investing gap. And when asked to estimate how much they thought they were losing by not investing, their average guess was $113,00.

Not even close. Ellevest ran some projections based on the wage gap, typical asset allocation strategies, and a gender-specific salary curve, and the true cost for the average woman at the time she retires may run two to seven times that amount. Depending on your salary and the market’s performance, the real cost of the investment gap over a 35-year career span could be more than $1 million. You read that right. $1 million. Here’s the chart to prove it:

How can we women start investing?

How can we women start investing?

“If we’re not investing, we’re doing most of the hard work around money. You know, going to work every day, turning in that amazing design, landing the difficult-to-close client, beating our sales projections. . . but we’re only getting about half the reward. And so we’re depriving ourselves of the ability to take on more risks in our career if we don’t have a financial cushion built up,” says Krawcheck.  Need some numbers to make it believable?

Get your free financial plan from Ellevest today — you literally have nothing to lose.