Isn’t It Time Women Get Paid What They’re Worth?

First things first: It’s been a powerful year for women everywhere. Let’s look back — starting from the historic women’s March to the women bravely naming their harassers (and the women supporting these women) and the women (and men) wearing all-black in solidarity with anyone who came forward with sexual harassment and assault allegations in Hollywood and elsewhere  — Yes, a lot of progress has been made.

But a lot remains to be done to support women’s rights around the world.  Despite gender equality initiatives to break glass ceilings, men are still paid more than women (but sigh, right?). You know it: we’re talking about the pay equity gap. It’s fact: women have a money problem. And that problem is that we earn only 77 cents of each dollar a man makes (double sigh.). Less if we work in certain industries, and even less if we are women of color.

This number portrays a macro view of the gender pay gap and is subject to many factors outside of gender, such as age, experience level, and industry.  The pay gap has been researched and debated for decades, with little real progress to show for it — Men are still being paid much more than women, and their earnings are increasing more rapidly. This means the pay gap is widening.

This is a problem, no doubt about it. It’s unjust. And we should fix it. But, that’s not even the start of what we’re dealing with here, and we shouldn’t fall into the conventional view that the pay gap is the only money issue facing women. So, if we’re going to talk about the gender pay gap, we need to talk about all the other gender gaps facing women today, and how they affect our discussions of what equality looks like.

That’s because there’s another gender gap that can cost us women even more, over the course of our careers. 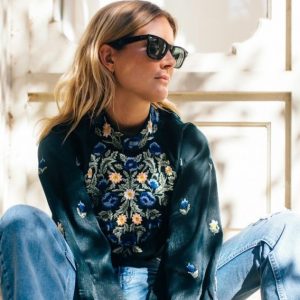 Asking for a Friend: What Does Being A Fiduciary Really Mean? Read Now arrow_right

Contrary to popular belief, the gender gap is not as simple as saying that men and women doing the same job are paid differently (although that is part of the story too).  Women also have less money partly because women are more likely to work in industries with lower average pay, they are more likely to undertake part-time work, due to commitments to care for either children, elderly parents, or both, and they invest less than men.

Wall Street veteran Sallie Krawcheck is making closing the investment gap her mission with digital investment startup Ellevest. “Wall Street has failed to serve women investors,” Krawcheck says, noting that many financial institutions have been unsuccessful in their attempts to draw in women.  “It’s important because it’s important for our economy and society,” says Krawcheck of getting women to invest at the same level as men. “When women are financially stronger, it’s not just good for them, it’s good for their families, it puts money into the economy, the market — it’s good for everyone.”  That’s not an opinion. The Pew Research Research found that an increase in the percentage of women participating in the U.S. workforce was instrumental in raising the standard of living between 1950 and 2000. According to a McKinsey study, one-quarter of the U.S.’s current GDP since 1970 can be attributed to having more women in the workforce.

“What’s even crazier is that women have such a big and positive impact on the economy despite dealing with gender gaps that both hinder our ability to truly unlock our potential and cost us significant amounts of money over our lifetimes,” says Krawcheck.

This is by no means meant to suggest that the stock market only goes up.  But historically — counting up years, down years, and bumps along the way — the stock market has returned 9.5% on average annually since 1928. This is quite a bit more than keeping the money in the bank these days, where it can earn close to 0%. Historically, the reward for weathering some market ups and downs has been well worth it. So, how much are we talking about here?

Get the glass of wine ready, it’s a doozy. Starting with the pay gap, the numbers look like this: Let’s say you’re making a salary of $85,000 a year, and you have 40 years left to work ahead of you. Hypothetically, let’s say you get the raise to the guy’s level, and you’ll earn an additional $1 million. Good for you. But, wait. . . What if you take 20% of your (pre-raise) salary and invest it in a diversified investment portfolio — one made up of stocks and bonds — rather than leaving that money in cash? Over the next 40 years, Ellevest estimates you’ll earn an additional $500,000 to $2.1 million, depending on market performance.

So, why are we all fixed on the idea that the raise will make us more money?

Don’t get me wrong, the gender pay gap is a real problem that needs a real solution. However, the pay gap should be even more reason women should invest — because we should be making the most of every penny. It’s because of the power of compounding. Albert Einstein is to have called compound interest “the most powerful force in the universe.” Compounding essentially means that you earn returns on the money you invest. . . and over time, you also earn returns on the returns themselves.

And so in truth, the power of investing can outstrip the value of getting that raise. It’s not opinion, it’s hard data.

When’s the right time to take your money out of the bank and invest?

“The right time to take your money out of the bank and invest is almost always “now,” so that the power of compounding can begin to work its “magic,” says Krawcheck. You should —  without a doubt —  ask for the raise at work but if you want to make the most of that paycheck: INVEST IT.

Here’s one way you can do it: You can get a free personalized investment portfolio in under 10 minutes. And it’s made by women for women, with portfolios that allow you to invest in companies that support women. (Heck yes.)

And if we strike out on the raise? It’s OK —  But it doesn’t mean we should throw our hands up on investing, thinking that we will somehow make more money later and invest then. Instead, let’s take financial control now — because the earlier you start, the better.

What if you don’t have much to invest, should you still bother? Short answer: Yes. Long answer: Hell yes! Wherever you are with saving, get started by getting your complimentary financial plan from Ellevest today —  you literally have nothing to lose.

Wondering how much to invest? Krawcheck advises you invest a flat percentage of your paycheck. She also suggests 50% of your income should be allotted to your needs; 30% to fun; and 20% to future you. More on how to divvy up your paycheck for financial success.

Ellevest has no minimum so you can start investing with as little, or as much as you like.